Welcome to the Yorkshire Union of Law Societies website . We offer support and representation  and for our Societies and their Members who are Solicitors or Trainees across Yorkshire and Hull . Together we provide a strong voice for Yorkshire .

We regularly seek our members views on important changes to practice  or the law . Please access the latest consultations here

After intensive lobbying led by the Law Society the SRA announced today that its Board had concluded that the previous decision to close SIF was to be temporarily reversed for the next 12 months whilst all options were considered for the future .

The SRA recognised the changed enviroment and that the insurance market had "hardened " such that affordable cover was unlikely to be secured . In fact the Law Society pointed out that in fact there was no real alternative to SIF available in the market 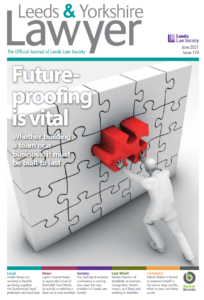 Guidance and Support on Diversion and Inclusion issues

All the latest as the SRA SQE system is now implemented

Law Society Governance and the Reform of the Council

Regulation Guidance including current themes with the SRA

You can now submit your own event to our Calendar provided you are registered with the site , you can have a manageable list of your own Societies events and can edit or delete them .